Living as an adult in the house that I grew up in has it’s pros and cons.  The positive side is that I don’t have to work at making it feel like home.  It just is.  Decorating and redesigning is simply icing on the cake.  On the negative side, well… I never left home.  I’m sure that I have missed out on some of life’s interesting challenges.  Anyway, I’m invested, established and running a business.  Beloved pets are buried here; a pony, a goat, a rabbit, a parakeet, a cat, a dog and numerous guinea pigs.  As for my daughter’s salamander…… I wish I could say that he(or she) received a sacred burial.  One day we noticed that it was not in it’s tank.  Need I say more?

So, this is where my heart is.  This is why I stay.  And because every so often I unexpectedly unearth a childhood “fossil” that thrills me so.

I dug this little demitasse spoon up about four years ago while doing some planting in one of my garden beds.  I remember using it to make mud pies when I was little.  It’s all scratched up, but in my eyes it’s perfect.

And just last fall I found one of my grandmother’s hairpins.  She used to have this cushioned side chair in her cottage.  Years after she passed away, the chair eventually ended up in my garage. I had been holding onto it for about twenty years with the best intention to refinish and reupholster it.  It became laden with musty mold, and a mouse had decided to nest in its horsehair stuffing.  Sadly, it had to go.  I accepted the fact that I was never going to put this project on my to-do list.  “But the springs…… maybe I’ll gut the chair and save the springs.”  So that’s what I did, and out fell the hairpin.

Then there was the old railroad spike.  I can’t seem to recall when I dug that up, but I certainly do remember “harvesting” them with my dad.  This would be after we would put a penny on the track and let the early evening train flatten it.  Now that there wouldn’t be another train coming for a while we’d walk along the tracks looking for tossed railroad spikes.  Then we would proceed to a specific spot on the shoulder of the road and pick wild blueberries.  Upon walking back home we’d stand on the highway overpass and wave to the cars below, keeping count of how many people would wave back.  On a really lucky evening the Good Humor truck would come by, but that didn’t happen often enough.

So, why would I leave home when there’s more digging to do, and possibly, more sweet memories to find?

This past February I took on the bittersweet task of clearing out my late aunt’s summer cottage in time for the closing on its sale.  I have many fond memories of visiting her there, but rummaging through her personal belongings was not one of them.  I was tortured between feeling shame for delighting in the curious things I found and the feeling of solemnity with the responsibility of the task.  Truth be told, I am so grateful that my aunt upheld her old world Italian ways, and didn’t throw anything out.

It begins with the vintage aluminum edging roll found in my aunt’s shed.  Industrial.  The dishes go back as far as I can remember.  Vintage.  The ceramic planter (from Italy) is the perfect little cache for my African violet.  Nature.  The moss filled zinc ball jar covers will cozily nestle little egg shaped confections.  Repurposed.  The whisk broom, adorable.  Yittle bunny, a yittle splash of Lladro.

There you have it, an industrial, vintage, nature, repurposed, adorable, Aunt Rose inspired tablescape, with a yittle splash of Lladro.

I just returned from a lovely visit to Pacific Palisades and Santa Monica, California, and stumbled upon these most intriguing little book houses placed about the neighborhood I was staying in.  Further research about these curiosities has made me want to jump onboard and become a part of this worldwide community.  With having just learned about the Little Free Library story, I feel like such a late bloomer, but that’s okay.  It’s a spring project I look forward to doing.  Check out the site and you may be motivated, too. 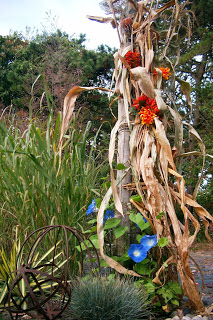 © Linda Nelson 2013
There is so much intensely color saturated plant material to work with right now; I feel like a child opening a BIG  box of crayons.  I’ve consolidated my thriving summer container plantings, and have incorporated them with fall flowering plants and decorative accents.  I will enjoy this show until it is time to strike down the set next month. 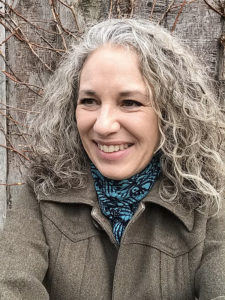 Hi, I'm Linda, and I welcome you to stroll my blog. Here, you'll find mostly garden and craft related posts, and on a rare occasion, a humbly baked "creation". Enjoy!

Unless specified, all photographs and content are property of Linda Nelson. If you choose to share, kindly do so with a link back to, or mention of this site. Thank you! 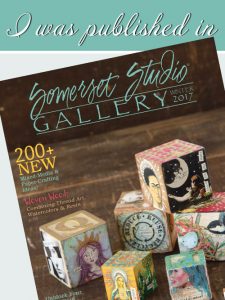 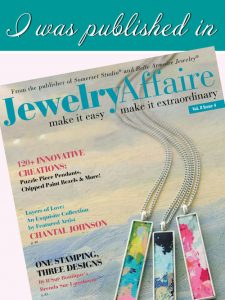 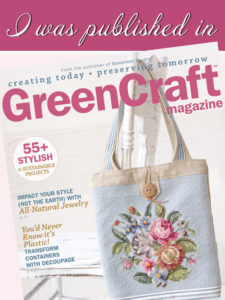